Summer is finally here (woohoo) yet when it comes to entertaining the family, you might already feel like you’re up the creek without a paddle. But fear not, we are here to help you! We’ve compiled a list of the RESCUE® team’s top family game ideas that are sure to keep your little ones busy, and you might even enjoy them too!

When it comes to finding family games everyone can play (no matter their age or mobility), look no further than the below –

While card games like Snap are loved by everyone both young and old, they can also play an important role in a child’s development. This includes developing a child’s motor, cognitive and emotional skills. Playing a quick round can improve your child’s dexterity and eye-hand coordination. And they can help your child to learn other skills such as memorising and developing thinking strategies. For older children, learning to shuffle cards helps to develop their bilateral coordination of the hands and control across the palms. Other popular card games include Go Fish and Rummy.

The beauty of word games (such as I Spy) is that they are highly portable and can be played anywhere at anytime. For children, word games help to increase their knowledge and vocabulary. They also provide great exercise for young minds. Word games activate parts of a child’s brain that deal with language and word finding. As well as increasing the number of words they know, word games can also help to reinforce the spelling of words in their minds.

During the warmer months, we all like to make the most of the vitamin D, so why not get involved with some games that take place outside

How to – start by putting a line of tape around the centre of your rope. If you have more than two players, divide the teams into an even number. Try to split up the teams so that there is an equal amount of weight on each side.

How to - players must divide into two teams.  Each team gets four bocce balls. Points are scored by having your team’s bocce balls closer to the jack than your opponent’s bocce balls.

Replicating infamous carnival games can be a joyous way to keep the family entertained. Inexpensively replicated, they are a win and fun for all.

Begin by placing a glass on the bottom of a large empty bucket. Fill the glass with water and then fill the bucket full of water.

To play, participants must attempt to drop a coin in the water, aiming to fall into the glass. If the coin lands inside the glass, they win.

Start by hanging some apples from your washing line. The aim of the game is simple, the winner is the person that gets a bite out of their apple first. However, this must be done whilst keeping their hands firmly behind their back. This is perfect for smaller children who are working on their coordination skills. For older children, make it more challenging by blindfolding them.

This one is as simple as it sounds. All you need are three plastic cups and a small ball. Start by revealing the small ball to your player, then pop it under a cup. Continuously move the cups around, until you’ve made the game enough of a challenge. The player must then try to work out which cup has the ball underneath it.

For families up and down the country, this summer might well mark the first time together for a very long time. Make the most of this family reunion, by getting involved with some activities your little ones are bound to love -

Twister is a truly iconic game. To start, the referee spins the spinner, and must call out the body part and the colour that the arrow has pointed to. For example, the referee may call out: "Right hand, red." All players, at the same time, must then try to follow the referee's directions as explained below. Never remove your hand or foot from a circle unless you're directed to by the referee after a spin. You’d be surprised how quickly this game becomes a test of balance. 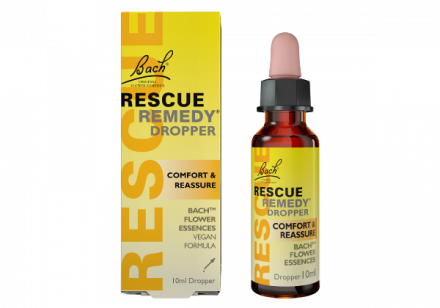 Support in times of emotional demand. 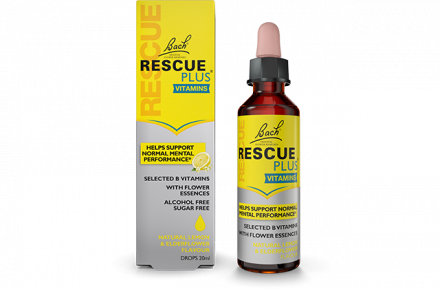 A unique blend of RESCUE® flower essences with selected B vitamins to support normal mental performance.

6 ways to stay calm the night before a big event

How to feel more empowered as a woman

Why understanding stress is a positive thing

Sleep hacks for getting you through the festive season

The Ultimate Guide to Mindfulness for Beginners

Tips on how to sleep through the night

How to manage sleep problems

How to create a positive sleep environment away from home

Ways to improve focus and concentration

Natural remedies for stress and tension

How to train your mind to be calm in any situation

4 things to help you sleep

How to deal with stress during a changing environment

The stages of sleep

3 ways to help with your emotional wellbeing